What Your Mind Can Conceive, Your Body Can Achieve

Posted on December 9, 2016 by montessorichildren 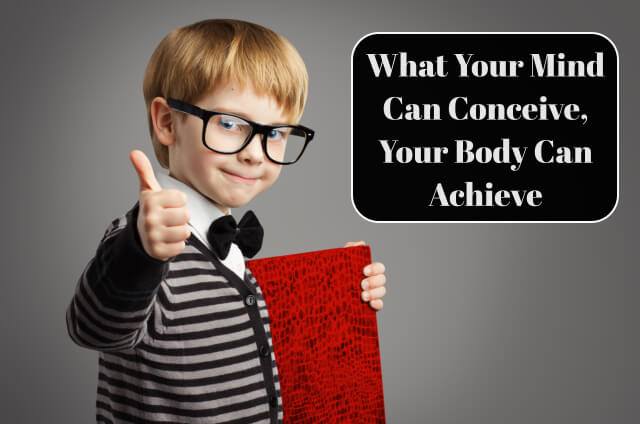 So goes the TV ad of a popular multivitamin brand.

It simply means that if you put your mind into something, even if it appears impossible at first glance, you can make it happen. Of course, it’s easier said than done especially for people who grow up in a family or in an environment where pessimism and discouragement rather than optimism and encouragement are the order of the day.

Here at Montessori Children’s House, the source of unparalleled system of Early Childhood Education in Riverside, California, we are aware of the negativity pervading in our society today. Hence, we strive to shield our students from its ill effects especially that all of them are in the critical phase of their formative years.

In our own way, we counter the pessimism and negativity outside by providing them with an environment where their personality can unfold, develop and flourish. We believe that if children are placed in the proper environment, they will “normalize.” By “normalize” we mean that they will develop into whole, peaceful adults with an inherent love for learning.

More than that, they will gain the ability and confidence to dream big and to “aim for the stars” just like the famous persons that we are going to mention later.

We were not wrong in developing that kind of environment. Given the impressive list of former Montessorians who have gone on to become world influencers and leaders, we must have hit the bull’s eye as far as their total development is concerned.

There are too many of them to mention here. So allow us to just name three Montessori alumni who have lorded over the area of expertise they are getting into. We know the mere mention of these three will send your jaws dropping.

Who does not know Bill Gates, Larry Page, Sergey Brin and Jeff Bezos?

Well, in case you don’t have any idea who these four gentlemen are, here are short snippets about what they have done to the world we are currently living in.

Bill Gates made possible the mass production of personal computers through his company Microsoft. Computers before used to be very huge and expensive. He made it light to carry, affordable and available to all. In the process, he became the world’s richest individual.

When the duo of Larry Page and Sergey Brin founded Google, they set the bar too high for an internet search engine. It did not take long. Google became the common noun – no longer a proper noun — of internet search.

Jeff Bezos, of course, is the lord of online selling via his company Amazon.com and poised to become the master of the outer space through his another venture called Blue Origin.

As we said earlier, they are just a few of the many who have stepped on the ground of a Montessori campus and reaped the mind blowing benefits.

And they proved to everyone that whatever the mind can conceive, the body can achieve.

Your child, too, stands a good chance of following in the footsteps of the four, not necessarily in the world of computing, internet and technology but in any area he may be interested in. He just has to be placed in a proper environment for him to imbibe that inquisitive, positive and productive mentality.

Start them early at Montessori Children’s House. They will have a wonderful time with us and with other kids through the unique teaching method of the Early Childhood Education in Riverside, California.

For your inquiries about our programs and other related information, call us at 951-359-5437. You can also relay your concerns to us through email at mjayarat@gmail.com.

But if you have time, we encourage you to drop by our place at 10493 Magnolia Ave., Riverside, California 92505 so we can show you our campus and introduce you to our personnel.

Your views are important to us especially as they relate to early child education. Please don’t hesitate to post them in the comments section below.

Read about other parents’ experiences with our programs